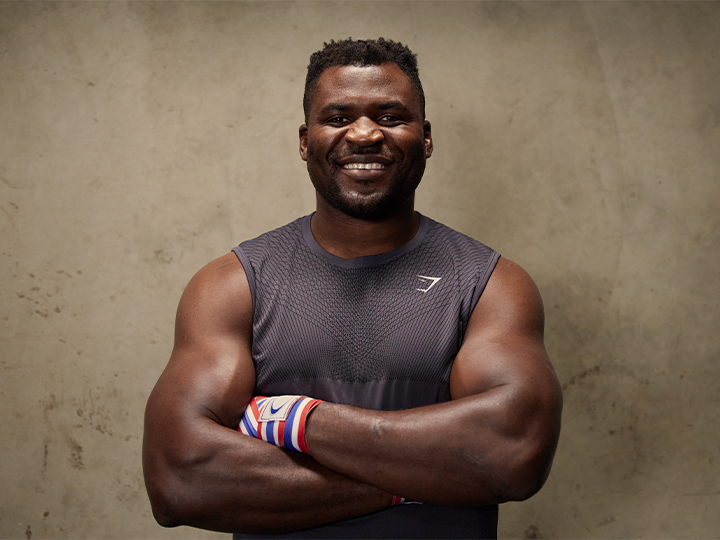 When it comes to being the toughest, bada** heavyweight in the octagon, not many come close to Francis Ngannou, aka The Predator.

Countless KO’s and an unbeaten record as a UFC heavyweight champion is what we see from the outside, but there’s much more to Ngannou’s success than meets the eye...

Growing up in Batié, Cameroon - Francis Ngannou had little formal education and lived in poverty, working his first job at just 10-years old in a sand quarry. Fast-forward to when Ngannou was 26, and he took action on his dream to become a professional boxer, beginning a new life in Paris, France.

With no money, no friends and no place to live - Ngannou was homeless.

Still carrying a huge passion for boxing, inspired by Mike Tyson, Ngannou managed to start training at a combat gym for free in August 2013, thanks to Didier Carmont.

Showcasing huge potential in combat sports, he was persuaded to train in MMA and entered his first fight in November 2013 as part of 100% Fight, a French MMA promotion.

Just over two years later, Francis Ngannou made his debut on the preliminary card at UFC on Fox 17, winning by KO in the second round.

Ngannou’s success wasn’t achieved alone, from sparring partners and friends pushing him to breaking point to his mother giving him all the love and support he needs from over 7,000 miles away – the pain, sweat and hard work become bearable when we do it together.

"What if you didn't fight alone? You battle together." - Ngannou.

With a goal of becoming UFC heavyweight champion, Ngannou never fails to recognise his roots, and the community he had to leave behind as he continued his journey to Europe, and then America, in the pursuit of his dreams.

As Ngannou began to cement his position in the Octagon, he created the Francis Ngannou Foundation, providing not just equipment, but also training, with a mission to provide the children of Cameroon with the skills to expand their horizons and realize their dreams.

Want to train like a champion? Download the Gymshark Training App and let Francis take you through a series of tailored workouts mixing bodyweight-based strength, core, mobility and cardio, for an unbeatable training plan.

Francis Ngannou next steps into the Octagon on Jan 22nd 2022 at 6pm ET, taking on Ciryl Gane in the UFC 270 main card.

Join the community committed to change and keep up with the latest news. From info about new product releases to early insight about our online and IRL events… this is the place where you can find it all before anyone else.