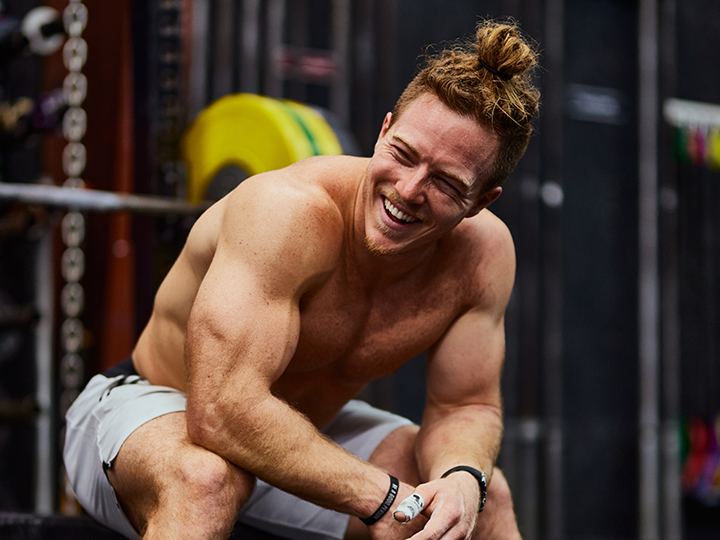 Noah Ohlsen | Training To Become The Fittest Man On Earth

A scrawny kid with no idea what he was doing (Noah's words, not ours...) stepped into a CrossFit gym for the first time with little more than optimism in his armoury. 11 years later and he's competing to become the fittest man on Earth. What happened?

Noah Ohlsen will take to the 2021 CrossFit Games on July 28th in an attempt to accomplish his lifeline goal of being crowned the fittest man on Earth. Things like that don't just happen. They take years of physical, mental and emotional exertion. They take everything, every day. So that's what Noah's done.

No one better to tell the story than the man himself:

Noah played sports - lacrosse, soccer and wrestling to name a few - all his life, so the transition into CrossFit during his sophomore year of college shouldn't have come as much of a surprise to anyone. His motive though - to get "ripped, jacked, shredded" - was quite a contradiction to his early 'sporting competition' mentality. Regardless, a new motive was found.

What Noah discovered once he started CrossFit, though, was the competition that lay within. It took just one year on the floor for Noah to take the leap into CrossFit competitions. A 188th-place debut finish at his local CrossFit Open left a sour, yet moreish, taste in Noah's mouth - leaving him hooked on his new sport. The motive shifted.

The will to win played its part - as it always does - but it was the feeling of forging a better version of himself that captivated Noah above all else; he believes his involvement in CrossFit and its community will live well beyond his time as a competitor. There's something quite symbolic of his overall approach to life; being known as a great person has always been worth more than being known as a great athlete in Noah's mind.

Being a great athlete never hurts though. Year two brought Noah's qualification for regionals and year three earned qualification for a debut at the CrossFit Games, the world championships of the sport. Noah was getting pretty good at this. The motive intensified.

Noah went into his first Games simply happy (but hungry) to be there, yet found himself in first place around the halfway mark. Slip-ups meant an improbable debut medal was quickly out of reach, but an eighth-place finish showed just how much potential Noah had, and still has. It was time to turn up the intensity of his goals: win the CrossFit Games and become the fittest man on Earth. The new motive was simple.

As the years progressed, so did Noah. And so did his performances. The introduction of (now long-term) coach Max El-Hag; the sacrifice of living a life away from friends, family and home to train in optimal settings at Training Think Tank, Alpharetta GA; and a ceaseless dedication to giving everything, every day, both in and out of the gym, have all seen Noah rise to become one of the biggest names in his sport. The move was now closer than ever.

Next up, 2021, is Noah's chance. Noah says he feels good. He says he's balancing training volume and intensity with his health in a way that will allow him to enter the Games "feeling like an animal". He says he's "all-in" to become the fittest man on Earth, that he's ready to "lean in" to the discomfort that might come with that, and that he'll put everything he possibly can into it because he knows he's got the potential to get everything out of it.

July 28th is fast approaching. Until then, the motive remains the same: train to become the fittest man on Earth.

WHAT TO WEAR FOR FUNCTIONAL TRAINING

The Apex Collection is known for two things: its range of free motion, and its superior breathability for functional training – a discipline that demands brute strength, agility, speed and endurance from every athlete, in every workout. Explore the collection designed to keep up with you and your functional training goals...

Get after your goals and explore functional training on the Gymshark Training App. Just head to Explore > Workouts > Functional. We'll meet you there.

Subscribe to the Gymshark Newsletter and be the first to know about our exclusive deals. From info about brand new episodes of Humans of Conditioning, to early insight about our online and IRL events... this is the place where you can find it all, before anyone else.

The best part? We'll drop the news straight to your inbox.