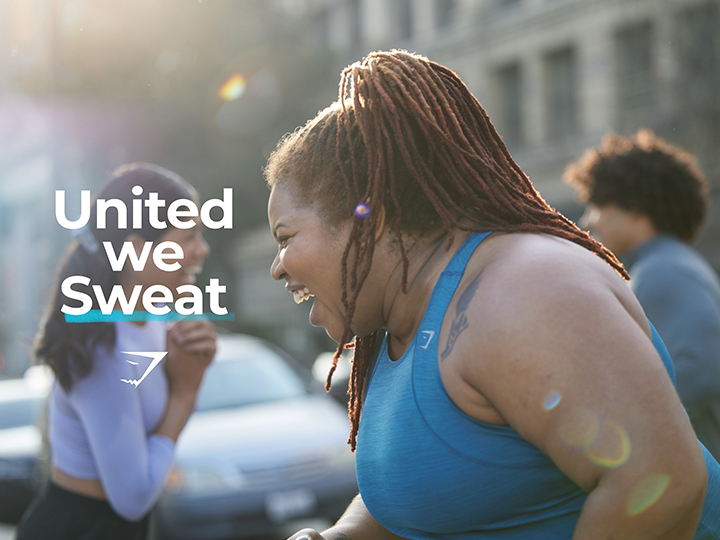 “What if we didn’t chase who we should be, but own who we are?”

When it comes to putting one foot in front of the other to clock the miles and create change, ultra-marathon runner and body positivity advocate, Latoya Shauntay Snell, has it covered.

"I'm a recovering self-defeatist, walking contradiction and have a ridiculous love/hate relationship with all sorts of F words - good and bad ones."

Her words, not ours.

Known for actively speaking out about body positivity after she was heckled during the New York Marathon back in 2017, Latoya – the chef-turned-fitness-blogger, is now on a mission to unite the conditioning community by sharing her story and giving visibility to runners of all abilities.

It's been a long mile for Snell - one that started over 10 years ago - but during that time, Latoya has grown in both strength and stature considerably. By sharing her story with the world, she's become a figure of power to those around her. And because of this, *athletes of all ages and abilities are now realizing that they don't have to chase who they "should" be, but instead, own who they are.

Discover more about our latest campaign: United We Sweat.

Growing up, running solely for a 'runners-high' was not something Latoya Shauntay Snell would have ever thought to do. Fast forward to today, however, and Snell, now 36, has run over 80 races, competing in various distances which range from her local half marathon in NY to a handful of ultra-marathons across the globe.

It’s inspiring – not only for the associated accolades, but for its rawness and underlying cause.

LATOYA SHAUNTAY SNELL ON THE MOST IMPORTANT MILE OF HER LIFE.

In 2012, at a time when she weighed over 265lbs, Latoya was diagnosed with several health issues relating to her weight, including sciatica, a herniated disk, and depression.

According to her doctor, if something didn’t change, she wouldn’t live to see 30.

And so her running journey (or as she believed it to be at the time, her ‘weight loss journey’) began, “I was tired of being the ‘funny fat friend,’” she mentions on her blog The Running Fat Chef - a platform created to journalize and document her progress.

It was during this first year of running that an old friend prompted her to sign up for her very first half-marathon. The narrative had started to shift, Latoya was no longer running just to lose weight, she was now training so that she could complete something that was written on her bucket list. With little-to-no gear and even less of an idea of what it would mentally take to reach the finish line, Snell was introduced to Black Girls RUN! – a run club that encourages and motivates Black women to practice a healthy lifestyle while supporting them during every step of their journey.

From here, the distances and the motivation to continue only increased.

Referring to herself as a happy ‘back-of-the-pack runner’, Latoya frequently explains to those who ask how running has completely changed her as a person. Not only did it allow her to realize that she could do anything she put her mind to, but it allowed her to acknowledge that the journey she was on, was about much more than weight loss.

Snell is influencing the culture of conditioning and paving the way for a new generation of athletes to come. But her journey to championing body positivity and redefining what it means to be an “athlete” has been far from simple.

Alongside the miles came the street-heckles and the keyboard warriors.

In 2017, at the New York City Marathon, Latoya had just reached mile 21 when she was heckled by a bystander. Reflecting on her experience for The Root years later, Snell wrote: “My real clapback that day came from the power of my thick legs shuffling me from New York’s Staten Island, across five boroughs… I owe nobody an explanation for what moves me.”

“I refuse to stop being an adrenaline junkie for fitness and I’m at a place where I’ve embraced being an activist for the body positivity movement, advocate for health at all sizes and inclusion of people from all walks of life.” – Latoya via The Running Fat Chef

What the world sees doesn’t define what you are capable of, and it should never stop you from reaching your potential. Love yourself, love what you do, and never let external perceptions get in the way of you becoming who you could be.

*Athlete - anyone who prepares themselves today, for tomorrow.

Wondering which exercises you should be doing to warm your muscles up before you head out on a run? Download the Gymshark Training App and let Latoya take you through a series of tailored movements, mixing core, mobility, and cardio for the ultimate warm-up routine.

Stay up to date with the latest from Latoya Shauntay Snell and support her on her journey as she continues to unite the conditioning community.

Join the community committed to change and keep up with the latest news. From info about new product releases, to early insight about our online and IRL events… this is the place where you can find it all before anyone else.