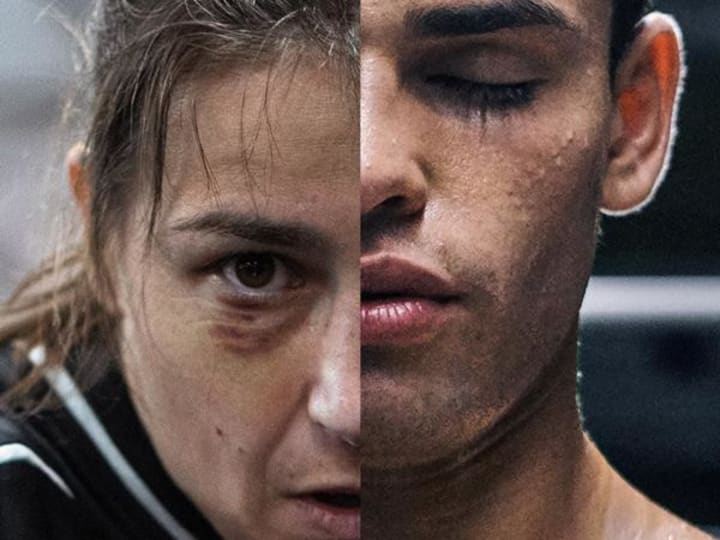 Hit faster than doubt.Hit earlier than hesitation.Hit harder than criticism.In the ring, punches answer questions and the result silences all.END ALL DOUBT.

This Saturday, the world will lay their eyes on two phenomenal athletes, each with their own story and ambition.

Unbeaten Ryan Garcia faces the challenge of his career. After extending his lucrative, multi-year deal with Golden Boy promotions, Garcia knows now is the time to show his worth. Garcia will step into the ring with Romero Duno, as they compete for bragging rights in the lightweight division.

Expected to be one of the biggest fight cards in history, Garcia and Duno will set the tone of the co-main event between Canelo Alvarez and Sergey Kovalev, as they battle it out for the WBO Light-Heavyweight title at the MGM Grand, Las Vegas.

Undisputed female lightweight world champion Katie Taylor, presents her perfect record to Christina Linardatou, as the experienced fighter from Ireland headlines the Manchester Arena. Taylor will be stepping up a weight class in her quest to become two-weight world champion, hoping to swing the WBO World Female Super-Light Title belt over her shoulder come Saturday night.

With Ryan Garcia's last fight being cancelled, and Katie Taylor unusually being taken the full rounds, winning by judges decision, it's now time for both fighters to End All Doubt.

Watch the video below….

Who will you be watching on Saturday? Let us know in the comments below

4 Tips To Improve Your Snatch:

Struggling to progress with your Olympic weightlifting? Here are 4 tips to take your snatch to the next level...

If you want towering traps, these 5 exercises need to be in your next workout.

4 Workout Variations To Keep Fit At Home, Or At The Gym:

Challenge your body and boost motivation with these 4 workout variations. Try them at home, or in the gym!