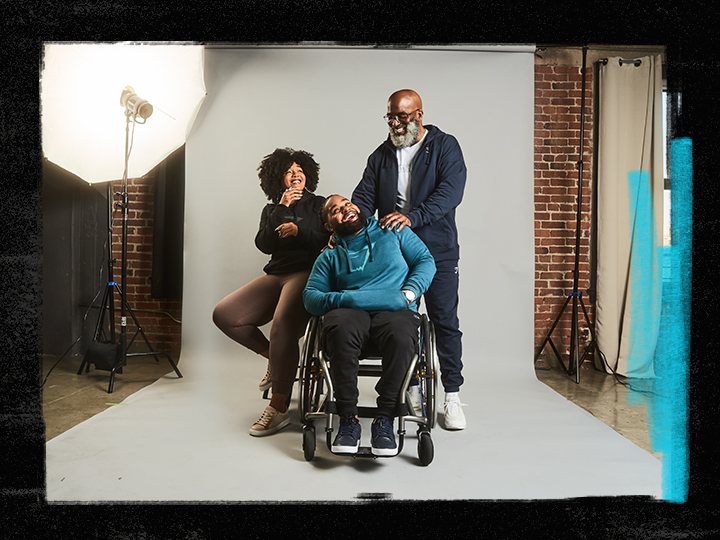 Shouting Out The Real-World Role Models This Black History Month

It's often a little too easy to overlook those who lift us up these days. No longer.

This month, in celebration of Black History Month 2022, we're utilizing our platform to shout out our community heroes for all the barriers they break, the moves they make, and the people they reach.

This Black History Month goes out To The Heroes.

Your work for Emotional Stability Training not only rescues the lives of thousands directly involved, but all those around them too. Teaching young men to confront and conquer negative emotions is a gift that can never be repaid.

For being a hero of over a decade, here's to you.

A Little More About Jason Wilson...

A father figure to not only his own children but to each young man who has attended the Cave of Adullam Transformational Training Academy, Jason Wilson has devoted over a decade of his career to helping his students become the very best versions of themselves.

"I started the Cave of Adullam Transformational Training Academy (CATTA) in 2006 when I realized that young boys didn't need more discipline; they needed more love", he shared in a recent interview.

Through the use of martial arts, meditation, and Emotional Stability Training, CATTA offers itself as a safe space to those who need it. It's a place where students aren't met with judgment but are instead challenged to work introspectively to help resolve the emotional trauma they may be dealing with in their daily lives.

More than just your average martial arts program, CATTA encourages its students to engage in mentorship sessions, allowing them to identify the roots of their anger and negative emotions - something that Wilson himself found challenging to navigate when he was growing up.

"I didn't know how to process [emotion]" Wilson tells us. "I was just taught to suck it up. Don't cry."

Be what you don't see, and live from what you long for instead of what you lack. Break free from emotional incarceration, and, finally, live from the good in your heart instead of your fears. - Jason Wilson speaking for Gymshark Black History Month

We've been shouting out real-world role models this Black History Month, and today we only see you. That's because - for the other 364 days of the year - you only see others.

There are yogis and LGBTQIA+ members and mental health battlers whose lives are positively affected by you every day, and that's why this one goes out to you.

A Little More About Mel Douglas...

Mel's yoga journey started long before BWYC - at a time when she didn't actually feel like she could connect with the sport. But in 2017, the narrative began to change; there was something about the energy and the environment that drew her in. With a strong calling to teach others the practice she'd fallen in love with, sharing the tools she'd learned and developed over time, Mel took it upon herself to earn her qualifications and become certified in teaching.

It was during this period of her life that she noticed the lack of Black representation. Little did she know that this would be the driving force encouraging her to start the Black Women's Yoga Collective (BWYC) - a yoga group focused on increasing wellness accessibility for Black women, people of color, and underserved communities.

"I practice and teach yoga to empower myself and serve others in accessing their own power." - Mel Douglas via the Black Womens Yoga Collective website.

More than just a sports organization, BWYC uses yoga events, workshops, and classes in NYC and LA as a vehicle to improve and support the mental, social and emotional wellbeing of those who attend.

"We're focused on holding space for the community to create true, lasting connections - both within and with others." By creating this family, Mel has brought strangers together, allowing them to explore the things they all have in common: a curiosity for meditating, an interest in yoga, and a simple wish to feel better in themselves - all whilst being provided in a safe and welcoming environment.

To Mel's students, she is the heartbeat of the family - sharing her mental health and fitness journey with all to remove the stigma from people seeking help.

Your personal strength - following paralysis and mental health struggles - is inspiration enough in itself, but the work you've done with Disabled But Not Really is action. And that's what makes real difference. Because of you, the lives of thousands of people with disabilities can be as positive as you are yourself.

And today, there are a couple of people who want to say thank you...

A Little More About Wesley Hamilton...

Wesley Hamilton remembers every moment of what happened on January 14th, 2012. Two bullets tore into his abdomen.

"I grew up in communities where there weren't a lot of mentors. And what we thought of opportunity and success - was that it came to those who were lucky." - Wesley Hamilton speaking at TED x OverlandPark

Unbeknown to him at the time, those two gunshot wounds - the ones that would leave him paralyzed from the waist down, just days after he gained sole custody of his daughter - would be the catalyst that allowed him to truly find himself and change the way he thought about life.

"Opportunity comes to those who create it."

"I needed to be the representation that I couldn't find," Hamilton told us in a recent interview.

But his journey to reaching that positive mindset wasn't as simple. A year after his accident, Hamilton was diagnosed with a pressure ulcer on his tailbone, resulting in six surgeries and two years of bed rest. The injuries he sustained from the accident would leave him struggling with depression.

Overweight, and feeling like he'd lost his purpose, Hamilton realized he needed to change so that he could provide a better life for his daughter than he had experienced growing up - she was his reason why.

Hamilton later enrolled in community college to study nutrition and within a year, lost 100 pounds, became an adaptive CrossFit athlete, and began participating in (and at times, winning) regular wheelchair bodybuilding competitions. Hamilton had finally found his identity again.

But he wasn't done.

In 2015, Hamilton wanted to help inspire others by sharing his journey, resulting in him becoming the founder of the Disabled But Not Really foundation - an organization that empowers people with disabilities to create their own identities.

Through this foundation, Wesley Hamilton raises awareness about the role of good mental and physical health when it comes to tackling life's challenges. Using the knowledge he's gained in both nutrition and fitness, he pushes his community past their mental limits to help them gain the courage they need in life.

Now, what Wesley may not realize is that although he's grown in both stature and strength since his accident, he's also become a figure of power for those around him. His newfound purpose gives back to others.

And this is just the start of his story...

It's time to shout out our community heroes for all the barriers they break, the moves they make, and the people they reach. Drop a comment below telling us a little more about your real-world role model and how they've lifted you.

ALONE YOU GET FAR. TOGETHER YOU GET FURTHER.

Our latest campaign, United We Sweat, invites people to discover the strength of the conditioning community by celebrating the unseen and unspoken effort that we all have in common.

It's not our goals that unite us, but the things we do to achieve them. So, although our training grounds and end goals may differ, sweat is our sport, and hard work is our game plan. Discover more about United We Sweat here.

From updates about our latest campaigns to early insight about our online and IRL events... the Gymshark Newsletter is the place where you can find it all, before anyone else.