Join us in celebration and education. 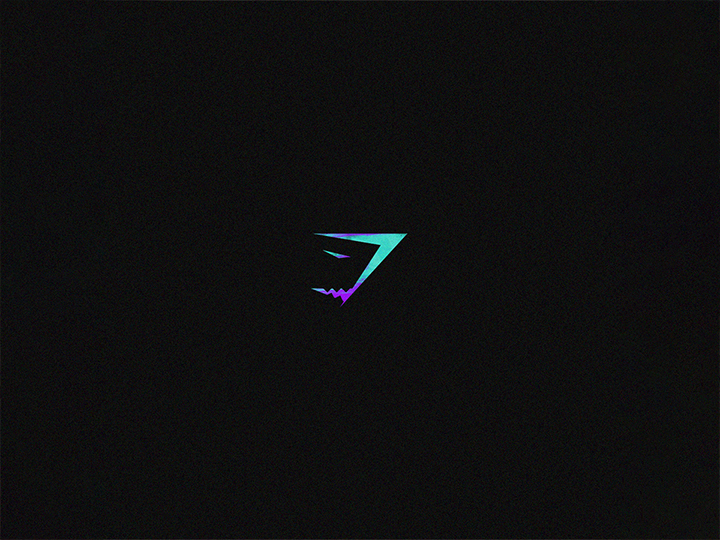 Learn from the past. Work for the future.

Earlier this year, we promised to make a difference, not just a statement. We said "fuck standing on the sidelines", because our devotion to creating and uniting a conditioning community, that celebrates anyone and everyone, is paramount.

For the past few months we have practiced what we preached back in March, here at HQ, by holding internal training sessions, panel discussions, Q&A sessions and live podcasts.

We've invited cultures from around the world to add flavour to ours - figuratively, and literally speaking, by reaching out to our extended family and asking them to teach our Refuel chefs about the cuisine from their homes. And now, during Black History Month, we're using the Gymshark platform to celebrate and amplify Black, British millennial voices, by bringing you some of the most talented content creators in a generation. Scroll on to join in our education and celebration.

5 RESOURCES THAT WILL HELP DEVELOP YOUR UNDERSTANDING.

Maja Antoine-Onikoyi is making moves towards a future she believes in with Maja's Education Project. The initiative sends out reading material - on black history, criminal justice, non-black allyship, fiction and non-fiction - to people who want to further their education, but can't afford to purchase the penned resource themselves.

“People briefly skim online articles and videos, but they become invested in books, they feel like they’ve been taught something and it sticks with them longer.” Find Maja's top 5 recommendations for Black History Month, UK below.

Your Silence Will Not Protect You - Audre Lorde.

Audre Lorde described herself as 'Black, mother, warrior, poet'; this posthumous collection of her essays and poems does every title justice.

An unapologetic, intelligent and poetic insight into the life of a Black lesbian and poet in the 1970s; 'Your Silence Will Not Protect You' answers questions that we are, unfortunately, still having to ask today.

Covering racism, sexism, heterosexism and homophobia, no matter how uncomfortable the conversations are, Audre Lorde will encourage you to have them regardless, as she reminds you that your silence does more harm than good.

Akala's 'Natives' has rightly been a popular choice for people taking steps to educate themselves this year.

Known for his music, intelligence and ability to tell us what we need to hear; Akala talks through his experiences as a black man in the UK, whilst teaching readers the truth behind Britain's history and opposing common racist arguments.

'Natives' gives non-black people a more in-depth insight into what life is like for black people in the UK.

"White Privilege" is a controversial topic, with many refusing to believe that it exists.

Layla F Saad takes white people through a 28-day journey to become aware of their privilege: explaining how this reinforces white supremacy, inflicts damage on black people, and why simply 'not being racist' is not enough.

Layla Saad delivers a perfect guide and explanation to help people become allies, by understanding the problem for what it is.

Over the past few months, you may have often heard the phrase "people love black culture, but not black people".

Black, Listed gives insight into how black people feel about the way they are represented in sport, politics, music, history and everything in between; teaching readers why their seemingly innocent comments and behaviours can sometimes be an issue.

Non-fiction is not the only way to better your perspective on black people's experiences.

Winner of the Booker Prize 2019, 'Girl, Woman, Other' takes readers through the lives of twelve characters and their daily experiences, trials and tribulations.

Some, find fiction easier to digest, and despite being a novel, Bernadine Evaristo gives an accurate account of how black people are treated in the UK. This makes 'Girl, Woman, Other' an amazing read for those wanting to learn more about the Black British experience through diverse literature.

Enlightening history that teaches us about the adversity that Black athletes have stood up against.

Bringing an honest conversation about Black history, Deanna Lyncook, from The History Hotline takes us as far back as 1876 to educate both us, and you, on the Black athletes that resisted adversity to play their respective sports at the highest level. Paving the way for more diversity and inclusion in sport, and in Britain.

Born in 1876, in Liverpool, Clarke is considered the first Black female footballer in Britain. Clarke went from playing football in the neighbourhood streets to playing at St. James’ Park and Portman Road in front of thousands of fans.

Her club career began in 1895 where she was known as the “fleet-footed dark girl on the wing”.

Clarke’s records have been difficult to collate due to the popularity of the surname in the teams she played for. Historically, Clarke was mistaken for goalkeeper Carrie Boustead who was described in historical records as ‘coloured’. Confusion ensued and it was not until recently that Emma Clarke’s story has begun to be uncovered.

Constantine was born in Trinidad in 1901, and, was a West Indian cricketer, lawyer and politician who served as Trinidad's High Commissioner to the United Kingdom and became the UK's first Black peer.

Constantine was a member of the West Indies cricket team that toured England, however, unhappy at the lack of opportunities for Black people in Trinidad he pursued a career as a cricketer in England. He signed for the Lancashire League Club 'Nelson' in 1929.

During WWII, he worked for the Ministry of Labour and National Service. In 1943, he was refused a stay at a local hotel in London due to his race and successfully sued the company. This soon became a landmark case in British racial equality law.

Heron born in 1922, was the first Black professional footballer in Scotland and was the father of Gil Scott-Heron, the jazz musician of the 1970s and 80s. Heron was born in Jamaica, and, was a keen sportsman boasting skills in: football, baseball, boxing and athletics - skills he honed whilst in the Royal Canadian Air Force.

Heron moved to the USA and was the first Black player in the new North American League playing for the Detroit Wolverines. He was the league's top goal scorer but was still paid less than his white team-mates.

He was scouted by Celtics and moved to Glasgow in 1951 where he was dubbed 'The Black Arrow' and 'The Jamaican Flash' by the press.

Butcher was born in Barbados in 1953 and moved to England aged 13. He is recorded as the first Black cricketer to represent England, making his test debut on the island of his birth in 1980. He started playing for Middlesex in 1974, where he was one of five Black players at the time, and had noted that this eased the amount of racism projected directly towards him.

"It didn't really mean (much) to me that I was the first Black. I wanted to play international cricket. That was something I wanted to do. But, the significance of being the first Black to represent England hit me later on" - Roland Butcher.

ANTI-RACISM AND ALLYSHIP: WHAT IT IS AND WHY IT MATTERS.

Sophie Williams is a leading anti-racism advocate, activist, and the author of two upcoming books - Anti Racist Ally, and Millennial Black. With a passion for thinking and talking about intersectional identities (especially race and gender), and how they shape our world, Sophie shares her knowledge to educate us about anti-racism, and how our voices are our best tool to start making a change.

Anti-racism is more than simply 'not being racist'.

Anti-racism is active, and it's long term - there's no quick fix.

Anti-racism means listening to the experiences of marginalised people, and taking action to create equality for all.

Allyship is recognising your privileges, and using them to uplift others who don't have the same advantages.

Allyship is a verb and not a noun.

'Ally' isn't a title you can give yourself, but a state that you can strive to occupy as often as possible by doing anti-racist work.

Having privilege doesn't mean that everything has been easy for you, or that you haven't had any struggles.

It simply means that there are some areas where others have had to struggle, and you haven't.

Recognise the areas where you haven't had to struggle.

Your voice is more powerful than you know.

You can make change, but you have to speak up, and speak out.

Using your voice can feel intimidating, but it's the best tool you have for making change.

Want to learn more about anti-racism and how you can make a change? Follow @officialmillennialblack on Instagram.

The information and facts within this article have been provided by the following contributors: Official Millennial Black @[officialmillennialblack], The History Hotline @[thehistoryhotline], Maja's Education Project @[majaseducationproject].