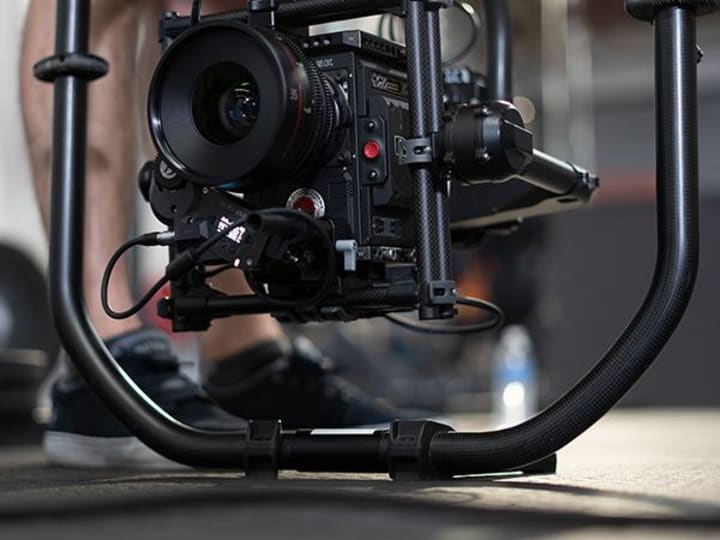 Behind The Scenes: The Gymshark Conditioning App

The Gymshark Conditioning app is a way to embrace all areas and audiences of fitness and training.

Unlock your full potential with the ability to track every rep and step of your progress by following an athlete workout or creating custom, tailored workouts yourself...

That being said, take an exclusive peek at what went on behind the scenes of the Gymshark app shoot.

Following Gymshark’s biggest campaign to date, we sat down with the Creatives who made the launch video for The Gymshark Conditioning App possible. Talking us through the process, from the initial concept to the final marketing edit, Steve, our Junior Creative sheds light on some of the challenges faced on and off camera, the most exciting thing about being on set and what it was like to see his first major project come to life.

SCROLL DOWN TO WATCH OUR BEHIND THE SCENES FOOTAGE OF THE ATHLETES ON THE GYMSHARK APP SHOOT.

"It’s not what I was expecting in the slightest! The shoot was genuinely a project full of firsts” mentioned Steve. "We turned an empty warehouse into a gym that looked so legit, it was almost as if you were walking onto a full professionally made movie-set.”

How did you create the final concept for this campaign?

"After mood-boarding a tonne of ideas, I wanted to be able to bring the features of the App to life. It's Gymshark's first venture into the tech world so I wanted the campaign to have a digital tech feel. We used a repeatable shot when filming and then later edited it to have a real "stop motion" sort of vibe. I also hoped it would be a bit different to any of the previous campaigns we've worked on, by adding in a little humour... we played with the idea of having a confetti cannon go off every time you hit a PB... it was interesting to produce, haha"

What were the next steps?

Steve shared that once he’d pitched his concept to the wider team, the shoot was then planned to a tee. "To make sure the project would stay on schedule, every minute detail had to be accounted for. We had to break each day down into fifteen-minute segments and organise the shoots around this!"

What's it like seeing the concept come to life and have you learned anything from it?

"I'm definitely better at directing now, it was a massive project with a massive crew - there were probably 30 to 40 people all on set trying to bring my idea to life. There were also things I hadn't considered like how to filter the whole concept into a single marketing banner, but seeing it all come to life is absolutely nuts... just unbelievable."

And of course, it wouldn't be a BTS without plenty of footage and who are we to keep you waiting - Joining some of our biggest athletes on set, scroll down to peek at all the outtakes, the banter and how we got the shot.

These are all the juicy bits you really want to see.

Comment below to let us know what you want to see in the next Behind The Scenes.

4 Tips To Improve Your Snatch:

Struggling to progress with your Olympic weightlifting? Here are 4 tips to take your snatch to the next level...

If you want towering traps, these 5 exercises need to be in your next workout.

4 Workout Variations To Keep Fit At Home, Or At The Gym:

Challenge your body and boost motivation with these 4 workout variations. Try them at home, or in the gym!